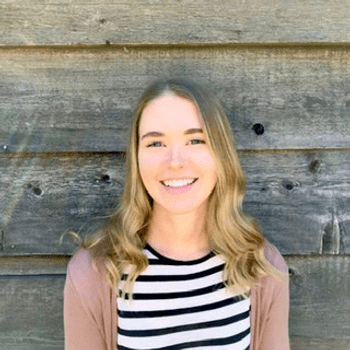 Hello, my name is Sarah Shannon. I am a licensed Marriage and Family Therapist and an AMFTRB exam coach. I have been coaching with AATBS for just over two and half years. I myself used AATBS when studying for the exam and found the support to be incredibly valuable. The road to becoming licensed can be overwhelming and isolating and I love being able to offer that same support I received to those who are looking for it. Most of my week is spent seeing clients in my private practice.

Do you have questions for Sarah Shannon?

Log in to ask Sarah Shannon questions publicly or anonymously.

What in the world is Cybernetics?

One of the most frequent content questions I get as a coach: What in the world is Cybernetics? So I want to offer a break down on: cybernetics, second-order cybernetics, and how it’s different from first and second order change.

First, it’s understandable that you may not know much about this concept. It is deeply rooted in the history of systemic thinking and the evolution of Marriage and Family Therapy, and so if you didn’t spend a lot of time in graduate school talking about the early history then you may have only heard this term once or twice. The reason that this is important to know for the test is because it is deeply rooted in systemic thinking. The domain of Practice of Systemic Therapy is all about systemic thinking. So, it is likely that you may encounter a handful of questions that are either explicitly about cybernetics or at least related to it in some way.

Let’s start with the big picture. Cybernetics is exactly a big picture concept. It is a theoretical perspective of systems. It is a concept that is concerned with organization and patterns rather than content (hopefully that sounds familiar to you). In fact, sometimes the term cybernetics can be interchangeable with Communication Theory or Systems Theory.

Let’s break down the terms. Here is my understanding of them.

First-order Cybernetics: The observer of a system is placed on the outside of the system. Thus the observer (or you can use the world therapist if that helps) perceives themselves as separate and able to give an objective view of the system.

Second-order Cybernetics: The observer or therapist of a system is placed inside the system. The observer cannot be an objective entity. When a therapist interacts with a system they become part of that system.

Here’s the official definition of Cybernetics taken from the AAMFT Family Therapy Glossary: …”the descriptions of a family system and interventions toward a system cannot be separated from the distinctions which are drawn by the observer who is describing and working with that system.”

Here’s another helpful definition of Second Order Cybernetics from Becvar & Becvar: “The problem does not exist independently of the ‘observing system’ that are reciprocally and collectively defining the problem.”

First and Second order change are smaller concepts that describe specific movements within a system. These are concepts related to the movement of the homeostasis in the system.

Liked by Jennifer Kolb and 1 other

Ways to Conceptualize the AMFTRB Exam.

Hey everyone! My name is Sarah Shannon and I am a coach for the AMFTRB exam. Over the years I have heard the common theme of anxiety around taking this test.  So I want to share some thoughts around how to conceptualize this test that may help.

1. Deconstruct the narrative you've been told about this test. Yes, this test is hard but it is not impossible. So, you have to figure out how to master the studying process. How and what you study may be different from someone else.

2. The outcome of this test does not equate your value as a therapist. The test overlaps in some ways with the work we do with clients, but for the most part it is testing you on your historical knowledge, theoretical knowledge, and basic skills knowledge. The test cannot tell you whether or not you are being supportive or a good listener for your clients. It can help to separate those two things and put the test in its own category

3. Don’t make the test your enemy. Questioning why the test is hard or why it doesn’t make sense is not going to help you pass the test. The test is asking for specific information that may or may not be relevant to what you do with clients. The test makers want to make sure therapists are competent, ethical, and knowledgeable about the history of the field, and the test is one way (not the only way) to do that.

4. Find your motivation for taking this test. This may help replace any frustration you have with the test with a sense of purpose. Why is it important for you to pass this test? What kind of opportunities does it give you?

Liked by Andrea Ranieri and 6 others