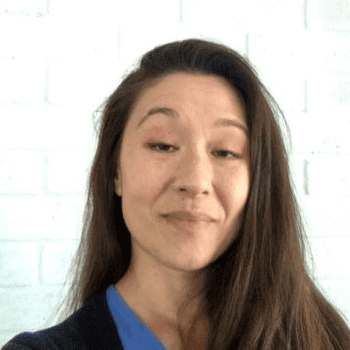 Do you have questions for Erica Whiting?

Log in to ask Erica Whiting questions publicly or anonymously.

Skewed Distributions may not be normal, but they don't have to be complicated!

Skewed distributions are asymmetrical, meaning a majority of scores fall heavily on one side of the distribution. Whether or not a distribution is positive or negative is about where the fewest scores lie or the outliers -- to determine this, follow the tail.

Positive = Tail on the right

Negative = Tail on the left

What about measures of central tendency?

Median will always be in the middle by definition.

Mode is where the most frequent scores lie – look toward the hump.

Test Day Tip: Draw this image on your whiteboard when you get into the exam room and free up your brain to think through questions. You may not need it, but you’ll be ready to snap up those easy points if you get a question on skewness and measures of central tendency.

Liked by Nina Quintana and 2 others

You consider yourself an ethical provider, but just can't seem to get a handle on those ethics questions. Check out the tips below for navigating these types of questions.

1.  There’s no getting around this. Ethics questions are primarily application questions and to effectively answer these questions, you have to know the Code and the Standards within it.

2.  It’s not about your applied experience as a practitioner or what you would do with a client in front of you. You have to bring the scenario back to the Code of Ethics and the Ethical Standards within it. Based on the information provided, identify the specific Standard being addressed.

3.  All the information you need to answer the question is in front of you. This isn’t the time to go down any hypothetical rabbit holes of “if I had X info…,“or “if the client…”  Choose the best answer based on the information provided. Remember, anything that is partially incorrect is completely incorrect, so you can rule out answers that seem reasonable but actually contradict another section of the Code.

If you use the information you have to apply your knowledge of the Code itself to the questions, you will be on well on your way to those correct answers!

Liked by Amy Weil and 4 others

Let’s face it, some of the language we use to describe principles of learning are loaded terms, and at the same time, we still need to know them. Use this step-by-step guide to help you breakdown operant learning scenarios with ease!

Every morning, Mara’s alarm clock starts blaring at 5am so she can get ready for her shift at the hospital. Her partner, who doesn’t need to wake up at 5am puts their pillow over their head so they don’t have to hear this awful sound. Without fail, Mara hits the snooze button so she can get some peace and quiet and repeats this every 10 minutes until she finally gets up at 5:30am. Mara’s behavior of hitting the snooze button is under the control of what type of principle of learning?

Mara hitting the snooze button is under the control of negative reinforcement.

Negative reinforcement is often about engaging in a behavior to escape an aversive stimulus. Taking medication to get rid of a headache. Running away from a crowded festival to reduce feelings of anxiety. A good way to remember this is:

Liked by Amy Weil and 7 others

The top 10 most downloaded journal articles in 2020 -- have you read any of them?

Liked by Jennifer Kolb and 1 other

Hi, my name is Erica Whiting…

… and I am a Content Developer & EPPP Coach with Triad. I’m a Licensed Clinical Psychologist and the Clinical Director for a mobile crisis/crisis prevention program for children & adults with intellectual and developmental disabilities and co-occurring mental health concerns. I'm a generalist in the truest sense, and have had the opportunity to work with children & adolescents in school-based & outpatient settings, young adults at a college counseling center, and adults at a local free clinic. While I love direct client work, I really enjoy helping professionals grow and come into their own from internship years and beyond. I live in the mountains of Southwest Virginia (Go Hokies!) and love being outdoors with my family and the pups!

Liked by Jennifer Kolb and 7 others

Liked by Jennifer Kolb and 3 others