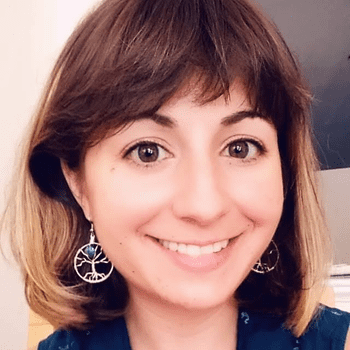 I am a Cognitive Psychologist with experience in experimental design and analysis. My primary research focus is human judgment and decision making, including topics like choice architecture, framing, risk taking, and experiential learning.

Do you have questions for Andrea Ranieri?

Log in to ask Andrea Ranieri questions publicly or anonymously.

Study Tips from a Cognitive Psychologist

I see a lot of you are preparing to take exams, and I wanted to share some evidence-based studying tips:

Liked by Amy Weil and 2 others

Wall Street is Getting a Taste of Human Irrationality

Wall Street investors and hedge fund managers have been stunned by the recent activity of what used to be a rather uninteresting stock – GameStop (GME). Fundamental analysis of the company has shown that GameStop’s brick and mortar business plan is increasingly becoming outdated, and year over year they continued to lose money. The forecasts for GameStop was grim, and many Wall Street investors were betting the company would ultimately fail.

What Wall Street didn’t account for was the rabid group of GameStop fan boys from a subreddit called WallStreetBets (WSB). This group of users nealry single-handedly caused a “short squeeze” of GameStop stock causing the price of GameStop stock to rocket from about $20 a share to over a $100. Or as the folks from WSB would say “GME to the moon!”

Some analysts like Jim Cramer from Mad Money believe that the investments in GameStop made by this subreddit group was a strategic way to take advantage of the over-shorted position of the stock. However, the positive sentiment surrounding GameStop on this subreddit is nothing new. GameStop has been a favorite of the subreddit group for nearly a year. Why? Cause YOLO.

Behavioral economists like Kahneman, Thaler, and Sunstein have published decades of research demonstrating how people violate axioms of rationality. People do not always behave rationally, and we shouldn’t expect the market to always behave rationally either. How much do fundamentals matter if masses of people just feel favorable to the company? This may become increasingly true as a new wave of individuals investors, not formally educated in finance, take advantage of commission-free trading platforms. Going forward I predict that public sentiment will play an increasingly large role in stock pricing- and I for one can’t wait to watch Wall Street's reaction.

Can you trust the p-value?

Most of us are familiar with the standard significance threshold being <.05. Less than .05 you have a significant finding, and greater than .05 you have a non-significant finding. Ideally, this would correctly discriminate between spurious and real effects. However, there is a rather simple way to artificially lower your p-value - recruit more participants. This is one example of p-hacking.

Without going too far into the math of it, p-values are calculated using the standard error of the mean (SEM), and the SEM is directly influenced by the number of participants in a study. With a large enough sample almost any effect, even ones that are infinitesimally small, could become “significant.”

So what can you do to make sure you’re not a victim of p-hacking? The most simple solution is to look at effect sizes. Effect sizes are not affected by sample size and may give a more objective assessment as to the importance of an effect.

Before implementing any changes to your practice or study based on a new piece of research I highly suggest comparing the p-value against the effect size. If you find the p-value to be significant and the effect size to be very low, you may have found yourself an instance of p-hacking, inadvertent or otherwise.